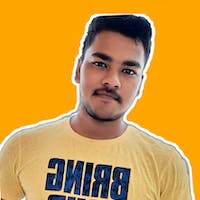 Subscribe to my newsletter and never miss my upcoming articles

Hey there, welcome to another blog! So recently I got really interested in understanding the clear difference between a Relational/SQL and a Non-relational/NoSQL database so that I could explain it to anyone confidently. 🙋‍♂️

So, I read a bunch of blogs, worked on it and now I'm going to explain it in very simple words so that you can easily understand the difference between both and moreover I also show the pros and cons and which database should you use or learn. 📌

This type of database model organizes data into one or more tables which obviously consists of columns and rows. And each row is associated with a unique key. Here Rows are also called records or tuples and Columns are also called attributes.

Now the Non-relational databases especially solve these two problems which makes them very adaptable so let me tell you about those.

A non-relational database is any database that does not use the tabular schema of rows and columns like in relational databases. Instead, guess what- its storage model is optimized for the type of data it is storing. It is that flexible!

Non-relational databases are also known as NoSQL databases which stands for “Not Only SQL.” That brings me to a great point that you don't need to use just SQL to query the database instead you can use any language of your choice. Like Hashnode is going to do the moment I publish this article, probably using Javascript. Correct me if I'm wrong! 😄

Some types of NoSQL DBs :

Facebook used MySQL which a Relational Database earlier but then it made a Graph database of it's own which helped them make these great connections between users.

The Main Question - What Database Should I Use ? :

Okay, so from what I have learned since these past days I will suggest that if you are a beginner trying to make projects on the web or a Startup and you can't afford to throw a lot of money on servers then a Non-Relational Database is best for you. And also it helps because in this scenario you are very flexible with the data you store so NoSQL helps.

If you are a beginner I would suggest going with MongoDB as it also offers a free tier for personal projects.

And if you need to store and retrieve data or perform heave read and write operations, a Relational or SQL database is best for you. And this is the reason why Data Scientists use SQL databases, as their data is static and does not need to vary as they just need the pre-built data to train Machine Learning models.

I am no expert I'm still learning each day so ya just research a lot and use whatever your work demands.

Aaand... this is the video version of the blog where I also explain the database with an example 📚:

I hope you learned something from the blog, Do comment and let me know your thoughts on !

This was very well explained and straight to the point. Love it! 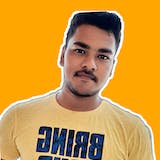 Thanks Edidiong, means a lot !